Here is another new map for The World Unknown — my homebrewed post-apocalyptic version of the classic TSR, Inc. setting known as Mystara. If you wish to see a full-sized version, click on this link.

This was one of the hardest hit regions during The Devastation War. Numerous mortal and Immortal battles were fought across the Streel Plains of the old Republic of Darokin. The fanatical followers of the Alien Immortals believed that taking Darokin and Glantri (and to a lesser extent, the Empire of Thyatis) would break the will of the peoples of the Old Known World. Thus, from The First Onslaught in AC 1013 to The Streel Onslaught of AC 1025, Darokin was the primary ongoing battlefield of the Devastation War.

The Darokinians made the followers of the Alien Immortals fight for every inch of territory. As well, dozens of Immortal deaths on both side of the war, left a lasting scar on the Streelands (as well as other parts of the Old Known World). It has taken over a century for the lands to rebound to the point shown on the map. For the longest time, much of the what was once the Streel Plains was considered unlivable. It was only after the founding of New Corunglain to the northeast in AC 1145 that civilization began to take root in Old Darokin.

Before that time, The Darokin Wilds were just that, wild and dangerous. In many ways, much of the Streelands is so magically raw that it is unlikely that all of it could be reclaimed by the descendants of Old Darokin and not all of them care to try. The various Counties and Knight-Holds of the western half of the Streelands survive year to year either by force of will or force of arms. The most successful of these is the Barony of Rondeth, which was a county up until AC 1190. Rondeth, like all the lands of the Streelands owes its continued existence to the rulers of the region, the Court of the Feysong, which rules from the massive encampment known as Azurewind in the Windswept Cactus Forest.

The Windswept Fey control most of the cactus forests of The Darokin Wilds and they stand as Watchers over the haunted ruins of the western half of Old Darokin. It is considered taboo to enter most of these ruins unless accompanied by a Fey Watcher even though most of them are way-points along the trails of badlands and desert of The Darokin Wilds. This includes primarily the ruins of Ansimont, Darokin City, Favro and Wrasseldown. (Note, however that the cursed ruins of Darokin City lie south of the border with Daroshire of the Empire of the Ten Shires.)

Here is a list of all political divisions for the Streelands. I have added some key details for each entry. 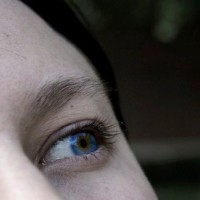 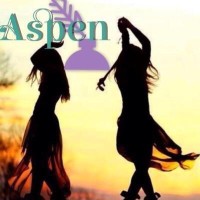 The Portal to everything Owen-related. :)

As opposed to a “not thinking chitalia”

in a field of roses, be a wildflower...

The blog of a graphic designer, artist, and bad writer

Exploration from the deepest bowels

DJ's Reflections in a Crazed Mirror

"Start with the man in the mirror?" I want to do my part, but, um - well, that jack-ass staring back from my mirror can't possibly be me. Can he?

Creating stories, painting pictures, evoking emotion with pen in hand. Sometimes it's just words and others...it's so much more.

My Life & My Stories.

Changing the world, one word at a time.